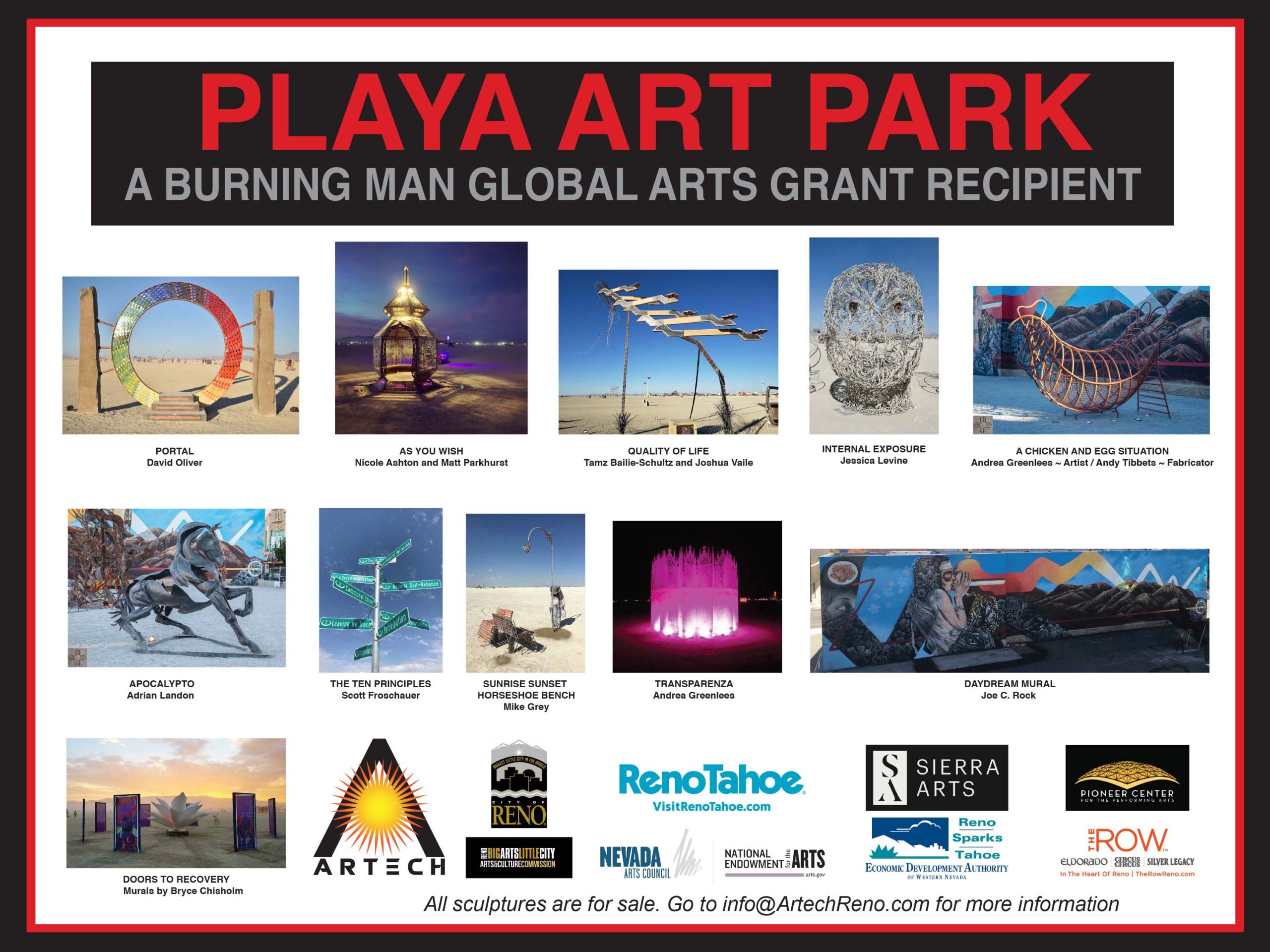 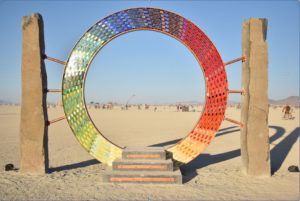 A Portal possible of transformation… not to that which is coming, but to things here. With a ring 12′ in diameter made from 4,608 stained glass tiles with a total of 24 colors, graduating the color wheel in a flowing mosaic that is two sided. Two 7-thousand-pound basalt stone columns stand guard from the left and from the right. 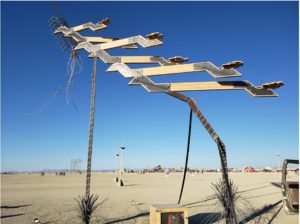 Quality of Life resembles a flock of migrating birds balancing on each other heads. The sculpture will incorporate large wood birds made from reclaimed wood beams salvaged from a demolished commercial building. A large steel metal feather sits at the forward apex of the sculpture symbolizing the fragility of the balance. The sculpture honors the migration and the collaborative movement of nature and its processes. 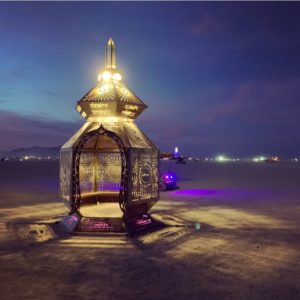 As You Wish
Nicole Ashton and Matt Parkhurst

Reminiscent of an Arabian minaret in a mirage beckoning you to enter. Once inside, the swirling points of light create a mystical chamber for your wishes. The magical lamp turning with myriad points of light dancing across the desert. Inside, the light carries your wishes up to the stars.

Slithering vines of steel birth a human head from an abstract flower, whose petals can dance as people interact. A single light bulb hangs from inside emanating light from within the mind and distorting perception for those who decide to peer through her teleidoscope eyes. This sculpture represents the concept of a “planted seed” in the mind–germinating and blossoming into a full-fledged idea. It correlates with the blossoming of the self, into a full-fledged “human.” We all started out as ideas, and then we are born and have ideas implanted into our minds, which create our perceptions. By weeding through these preconceived notions and creating our own ideas, we can (re)construct our whole selves, exposing who we actually are. 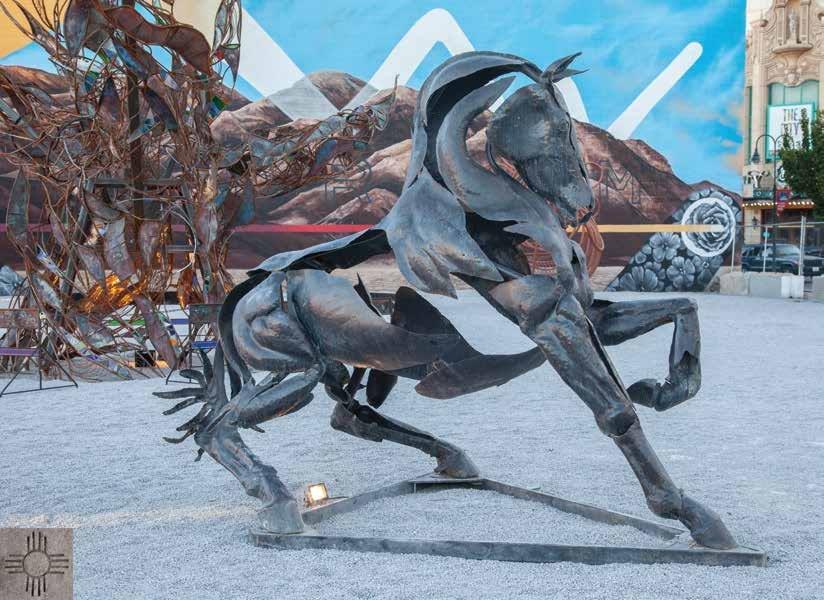 Adrian Landon
“Metal sculptor Adrian Landon brings forth to you his expression, through steel, of his experience and close connection to the incredible and unique majestic animal that most people once knew, the symbiotic relationship with horses. One can feel the energy by looking into the eyes of these creations, the energy of these powerful beasts, and the energy that was put into their making, hours of pounding sheet metal by hand and with machines that the artist designed and built himself.
Landon has been sculpting for 10 years now in New York City. 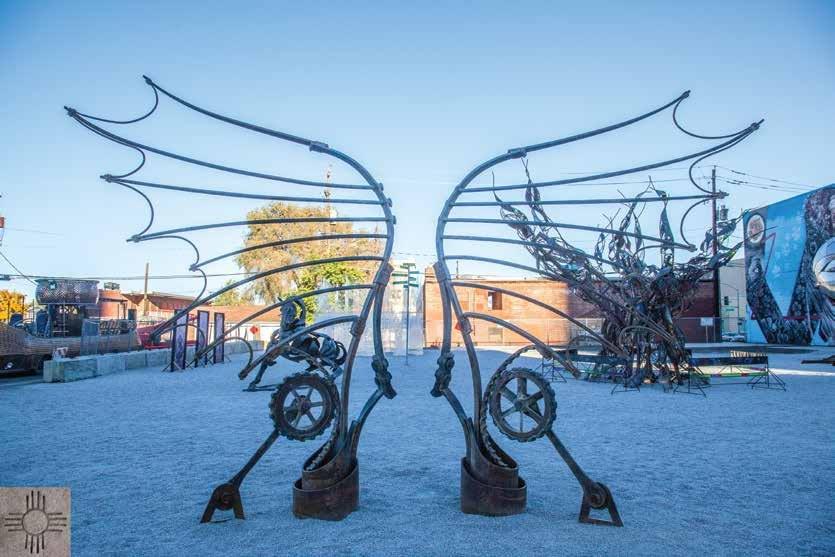 is a sculpture of wings preparing to take flight inspired by the drawings of Leonardo Da Vinci created for Burning Man 2016. It was designed and built by a small team of blacksmiths from Truckee, Reno, Tasmania and Colombia. The wings are made of forged and fabricated steel and wrought iron using many traditional blacksmithing techniques and joinery. Although built in a modern day shop, much of the work was done by hand using hammers and anvils. 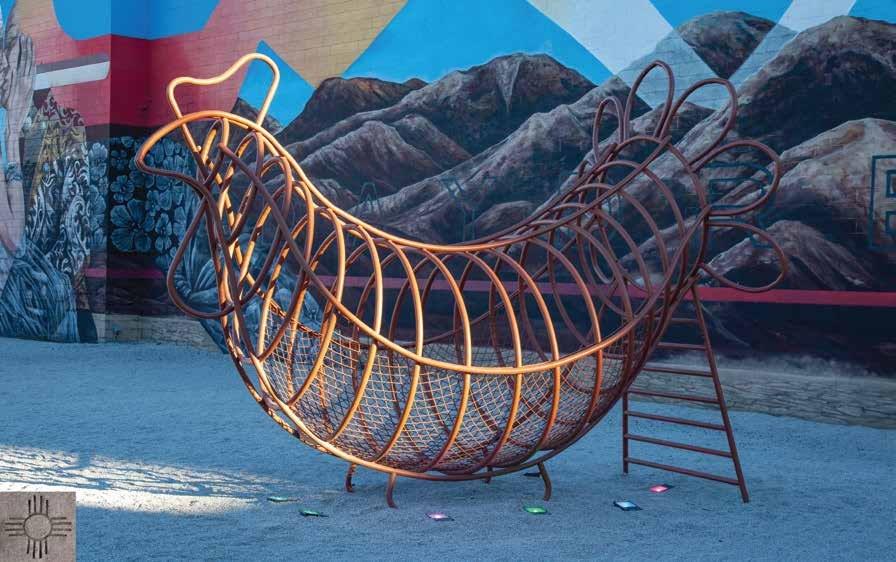 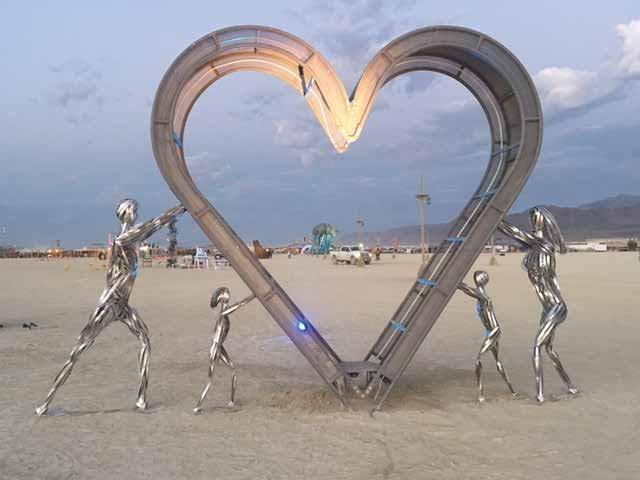 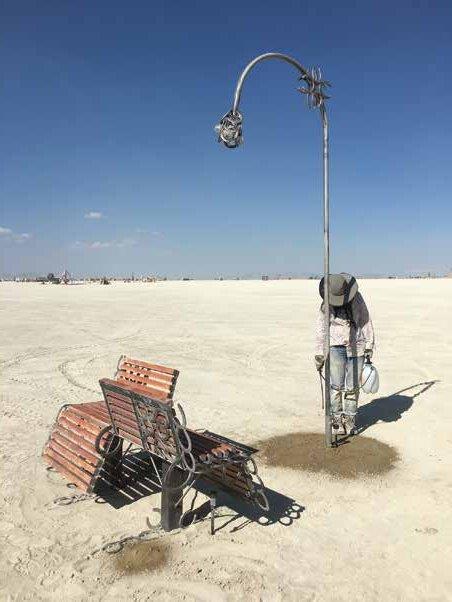 TRASPARENZA
Andrea Greenlees
“Trasparenza is a transparent structure resembling a sparkling crystal crown,” according to the city of Reno’s list. “Twelve turreted triangular towers form a chapel-like installation. It will be made entirely of clear cast acrylic panels laser-cut with intricate detail. The imagery of the lower panels represents the heraldic emblems of the master guilds of Florence and a Medici coat of arms represents philanthropy. The laser-cut motifs on the inner walls illustrate Leonardo’s lifelong preoccupations including geometry, architecture, engineering, hydrodynamics, aerodynamics, anatomy and painting. The arches through which participants enter and leave feature the inscription SAPER VEDERE, meaning “knowing how to see.” A humanist chapel, Trasparenza is a place for Reno citizens to play in and pray in.” 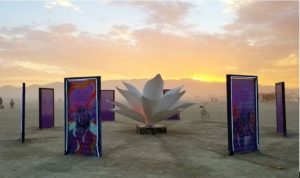