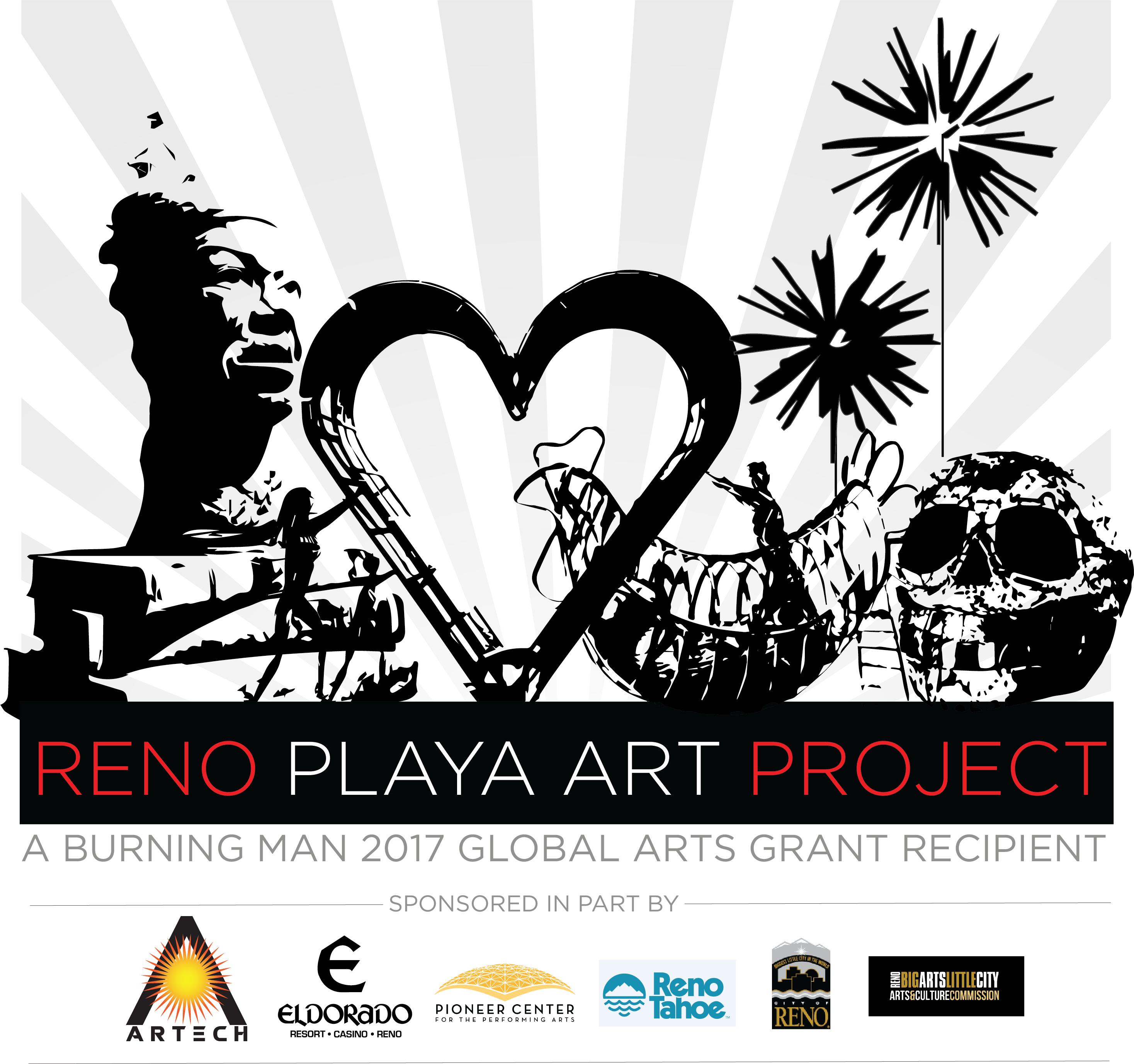 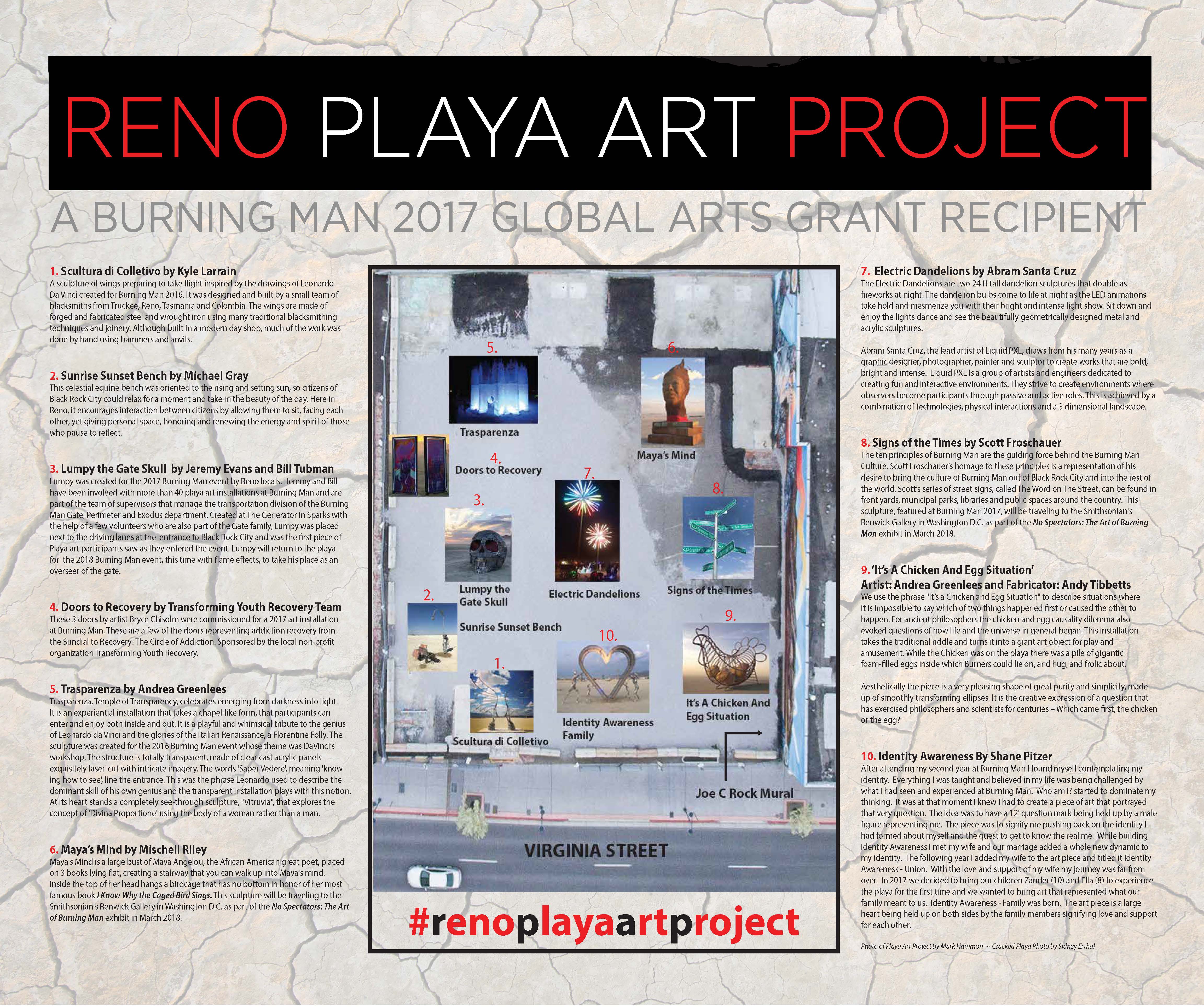 A FAMILY AFFAIR by: Shane Pitzer and Identity Awareness from Sammamish, WA

Identity Awareness is bringing our latest installation to the playa focusing on the family aspect of Burning Man and back in our communities. A 10’x10′ 3D metal heart will be held up by four family members signifying strength and working together to support the whole unit. One side will be held up by the father and daughter while the other side will be a mother and son. All family members will have LED hearts that will beat in unison. The heart will have 1.5″ tubing with places to climb and hang from in order to pose for pictures or simply explore.

MAYA’S MIND by Mischell Riley is a 15 foot bronze bust of Maya Angelou. You can walk inside her mind and see and read her poetry and life story.

TRASPARENZA
“Trasparenza is a transparent structure resembling a sparkling crystal crown,” according to the city of Reno’s list. “Twelve turreted triangular towers form a chapel-like installation. It will be made entirely of clear cast acrylic panels laser-cut with intricate detail. The imagery of the lower panels represents the heraldic emblems of the master guilds of Florence and a Medici coat of arms represents philanthropy. The laser-cut motifs on the inner walls illustrate Leonardo’s lifelong preoccupations including geometry, architecture, engineering, hydrodynamics, aerodynamics, anatomy and painting. The arches through which participants enter and leave feature the inscription SAPER VEDERE, meaning “knowing how to see.” A humanist chapel, Trasparenza is a place for Reno citizens to play in and pray in.”