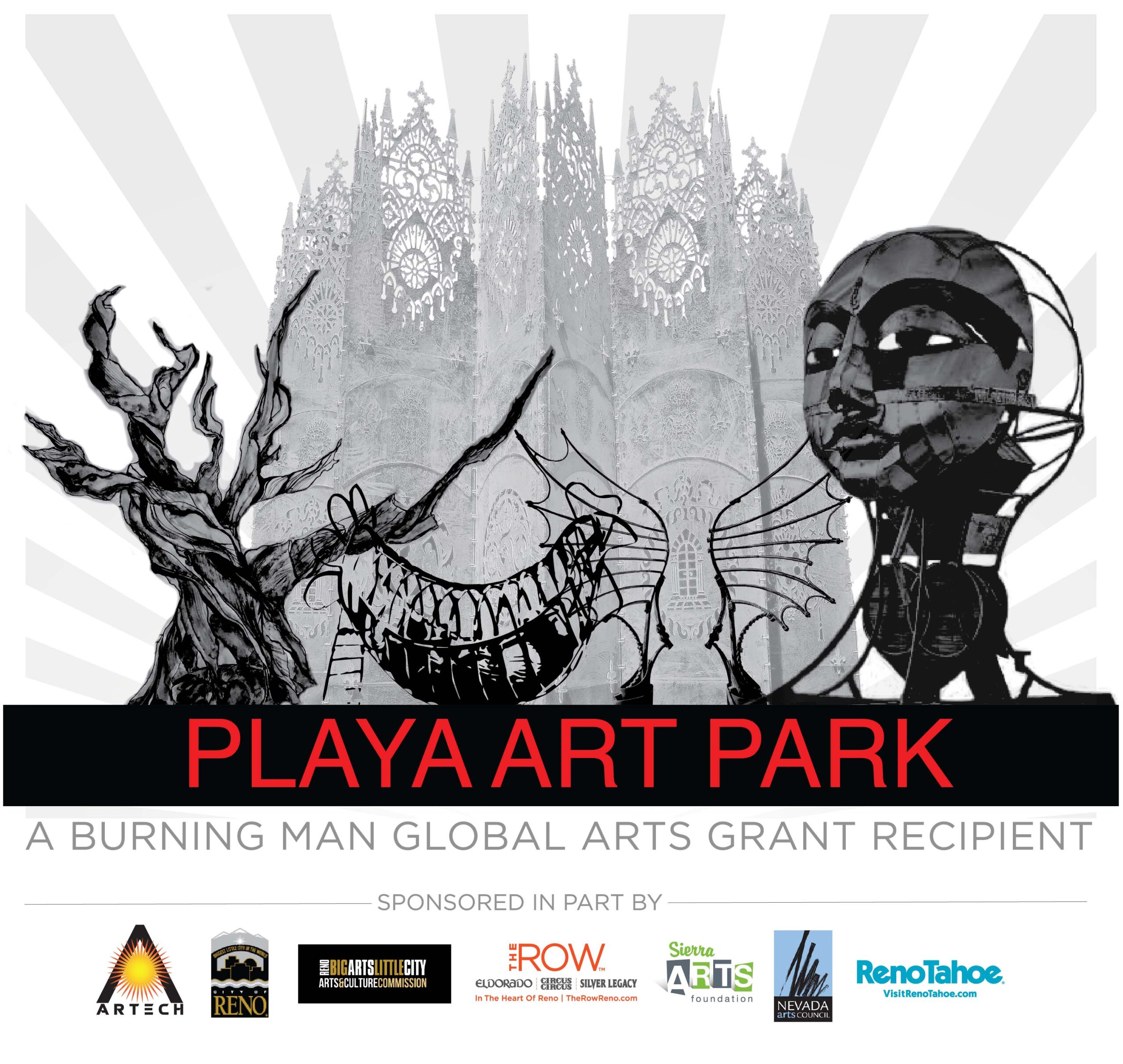 Tonglen A placid face of segmented, polished metal, eyes calm and lips pursed, supported by a neck armature containing two volumes, a diamond and a heart. The top of the head is 16’ from the ground and the chin is 7’. Behind the mouth, inside the curve of the head is a diamond shaped combustion chamber and below it, just off the ground, a heart shaped bellows.

The Methuselah is a scale model of the oldest Bristlecone Pine tree, 26 ft tall with a twisted trunk 8ft in diameter. Structural strength for the piece will be provided by an armature of 2” square steel tubing, over which plates of sheet metal and recycled tubing will be welded to form bark and burls. The bark will be patinated to blues, browns and whites, and grooves in the metal will be filled with colored glass and chimes will hang above.

TRASPARENZA
Andrea Greenlees
“Trasparenza is a transparent structure resembling a sparkling crystal crown,” according to the city of Reno’s list. “Twelve turreted triangular towers form a chapel-like installation. It will be made entirely of clear cast acrylic panels laser-cut with intricate detail. The imagery of the lower panels represents the heraldic emblems of the master guilds of Florence and a Medici coat of arms represents philanthropy. The laser-cut motifs on the inner walls illustrate Leonardo’s lifelong preoccupations including geometry, architecture, engineering, hydrodynamics, aerodynamics, anatomy and painting. The arches through which participants enter and leave feature the inscription SAPER VEDERE, meaning “knowing how to see.” A humanist chapel, Trasparenza is a place for Reno citizens to play in and pray in.”

APOCALYPTO
Adrian Landon
“Metal sculptor Adrian Landon brings forth to you his expression, through steel, of his experience and close connection to the incredible and unique majestic animal that most people once knew, the symbiotic relationship with horses. One can feel the energy by looking into the eyes of these creations, the energy of these powerful beasts, and the energy that was put into their making, hours of pounding sheet metal by hand and with machines that the artist designed and built himself.
Landon has been sculpting for 10 years now in New York City.
”
Page load link
Loading Comments...